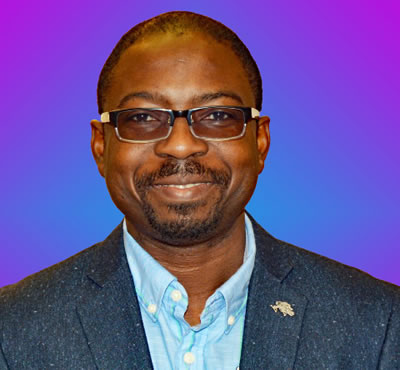 Sheyi is a physiotherapist of over 18 years’ experience and a certified Manual Therapist. He earned a Bachelor’s degree in Physiotherapy from the University of Ibadan in year 2000 and has practiced physiotherapy in Canada since 2005 starting in Northern British Columbia.

His gentle, personable and soft-spoken approach is reputed to put patients to rest in his care. Sheyi (as he is popularly called) has practiced physical therapy in various areas and fields of practice and brings a wealth of diverse understanding of the context of injuries and their care from childhood to old age. He is an ardent believer in manual therapy techniques to relieve pain, restore joints biomechanics and restore muscle and soft tissue function to enhance your quality of life; he is commonly found to use Proprioceptive Neuromuscular Facilitation (PNF) in his practice. Sheyi is one of the few Physical Therapists currently licensed by Alberta’s College of Physical Therapists to order musculoskeletal diagnostic imaging for patients in his care.

In his career past, he was Chief Physiotherapist at Fort St John Hospital and Manager of Therapies at Prince Albert Parkland Health Region, where he was renowned among health care practitioners to be a stickler for objective, data-driven analytical care ethos combined with an empathetic compassionate approach to patient care.

As an Open Studies student at the School of Public Health, University of Alberta, he developed an avid interest in the health of populations eventually earning a Diploma in Public Health at the London School of Hygiene and Tropical Medicine, London. He also earned a Master's degree in Public Health (Health Services Management) out of the University of London, London, UK in 2015. He has been a member of the Canadian Physiotherapy Association and Canadian Obesity Network since 2007. In his career as a physical therapist, he has treated many motor vehicle accidents injured and injured workers. His most recent work for a major public healthcare organization included working as a Physical Therapist interventionist in homecare (in Calgary) and Supportive Living sites in an around Red Deer, Alberta.

Sheyi moved to Canada from Nigeria in 2005; he is married to Motso and they live in Red Deer with their 3 children. He can be found assisting the homeless and vulnerable population of Red Deer in his spare time. 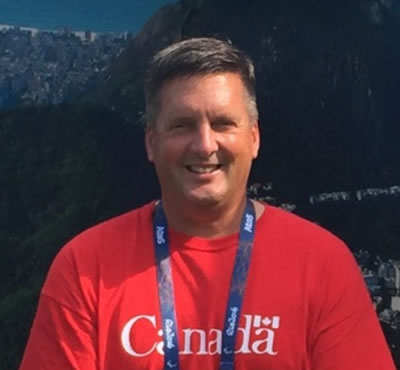 Trent graduated from the University of Manitoba with a Bachelor of Medical Rehabilitation – Physical Therapy degree and was named class valedictorian. He brings over 25 years of professional practice in treating soft tissue and skeletal problems.

His strengths include understanding the client’s needs and desired outcomes, and he achieves this through sound evidence based treatment, good communication skills and a sense of humor.

Trent has taken several post-graduate courses and is trained in Advanced Spinal Manipulation and Acupuncture (Completing the Acupuncture Foundation of Canada curriculum). In his career as a physical therapist, Trent has treated a variety of conditions resulting from motor vehicle accidents, work injuries, sports injuries and everyday wear and tear.

He was a Regional Program Director for an Interdisciplinary Pain Program and Senior consulting therapist for several rehabilitation programs. Trent is certified in McKenzie Assessment and Treatment Protocols Part A and B and in Functional Capacity Evaluation.

Trent moved to Red Deer in 2004 where he lives with his wife Tracy. In whatever spare time Trent has, he coaches Goalball at the Paralympic level.